In October 2018, DBJ arranged a total of ¥170.0 billion in project financing for Fukuoka International Airport Co., Ltd. (FIAC), the main entity involved in the concession in Fukuoka Airport, one of the largest airport concessions in Japan. DBJ and Mizuho Bank, Ltd., are the mandated lead arrangers, and 12 other financial institutions, including such regional financial institutions as The Nishi-Nippon City Bank Ltd, and The Bank of Fukuoka, Ltd., are lead arrangers of the project financing.

Regarding the Fukuoka Airport concession, following a bidding process with a number of corporate groups participating, a consortium comprising Fukuoka Airport Holdings Co., Ltd., (financed by, for example, local firms) as the representative, as well as Nishi-Nippon Railroad Co., Ltd., Mitsubishi Corporation, Changi Airports International Pte. Ltd., and Kyushu Electric Power Co., Inc., obtained preferential negotiation rights in May 2018. Established as the operator in this consortium, FIAC began operating the airport in April 2019.

DBJ, Mizuho Bank, The Nishi-Nippon City Bank, and The Bank of Fukuoka provided support to the consortium during the bidding process and played an instrumental role in obtaining preferential negotiating rights. The four banks also made concerted efforts to arrange financing for the project. The project financing for this concession to take over management of government-operated airports was very complicated due to its scale, one of the largest in Japan. DBJ took advantage of its accumulated knowhow to create a flexible and sophisticated financing scheme that matched the feasibility of the project, helping raise a large sum of capital.

Fukuoka Airport will be operated using the combined knowledge and networks of the companies (leading firms in Kyushu and Asia) participating in the concession, raising expectations that Fukuoka Airport will continue to grow as a top-class international airport serving East Asia. DBJ contributes to the healthy development of Japan's economy by strengthening and maintaining core transportation infrastructure such as airports, which creates more sophisticated transportation networks and increases population movement.

Support for Growth into Top-Class International Airport in East Asia

Fukuoka Airport serves as a gateway to western Japan and has extremely strong potential given the size of the population and economy in a 5,000 km radius. The consortium that acquired the rights to operate Fukuoka Airport will maximize this potential by fully leveraging the knowledge and networks of its non-local sponsors in airport operations inside and outside Japan, in addition to the strong passion of local firms.

By coalescing the combined capabilities of local, domestic, and overseas partners, the consortium aims to turn Fukuoka Airport into a top-class international airport serving East Asia. In order to arrange a financing scheme for the local, domestic, and overseas sponsors, we at DBJ focused our efforts on an arrangement that can support the stable operations of the airport after they commence, designing a scheme that financial institutions can easily participate in while helping the consortium secure preferential negotiating rights as a financial institution that agrees with the ambitions of the consortium. A cross-functional team was created within DBJ to focus the accumulated expertise of DBJ on fine-tuning this scheme to win the approval of sponsors inside and outside Japan. With the cooperation of regional financial institutions, DBJ was able to smoothly work out issues with local firms as well. There has been an outpouring of support from the region for growing Fukuoka Airport into a top-class international airport in East Asia, and being a part of this endeavor has been quite rewarding. 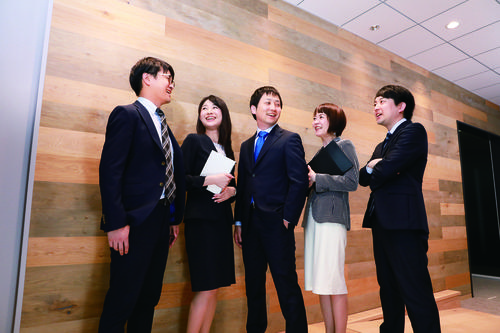